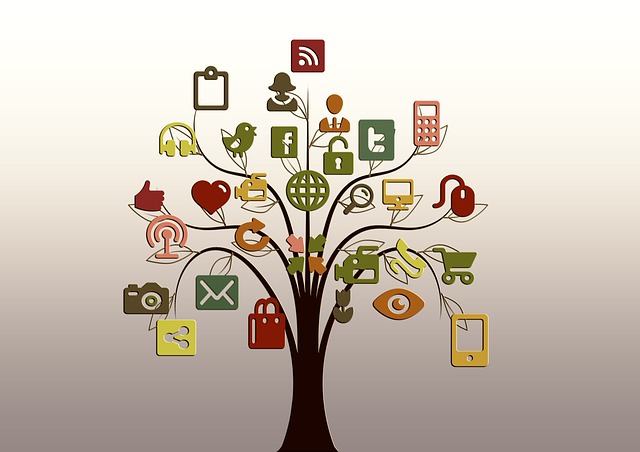 More than half of UK parents think social media sites like Facebook and Twitter hamper the moral development of their children, according to a poll for The Jubilee Centre for Character and Virtues based at the University of Birmingham.

The survey also found that 40% of parents are concerned or extremely concerned about the negative impact of social media on young people.

The Parent Poll provides a unique insight into parental social media use, the perceived daily habits of their children and widespread anxieties about the influence of online networks in 2016.

Other key findings include:

The Parent Poll was commissioned as part of the Jubilee Centre’s project on the Influence of Parents and the Media, which is looking at the impact of social media on young people’s moral character, in particular with regard to empathy and honesty.

The UK-wide poll questioned 1,738 parents of children aged 11 to 17. The average age of the respondents was 40 and the majority work in senior and middle management. Parents were asked about their own experience and use of social media sites and to estimate that of their children.

The most popular sites are broadly the same as those used by young people in the poll, although use of the instant messaging service Snapchat is higher among children (38% compared with 18% of adults in this sample).

Interestingly, parents acknowledge that 64% of 11 and 12-year-olds use Facebook in violation of its age restriction. Facebook requires users to be at least 13 before they can create an account[1].

There are similar findings for Snapchat (30%) and Instagram (35%), which also have age restrictions of 13.

It’s not all bad news…

Whilst the negative effects of social media sites are well publicised, the potential positive impact of these sites seem to be given less attention. The results of this poll, however, suggest that it’s not all bad.

There appears to be some cause for optimism in that 72% of respondents who use social media believe they see content with a positive moral message at least once a day[2].

This figure is higher than the percentage who regularly see negative moral messages, suggesting that social media is not just an environment for vice.

The poll asked parents to consider an “A to Z” of character strengths[3], from “Appreciation of beauty” to “Zest,” and to say which of these positive character traits they see promoted regularly (“at least once a month”) on social media sites.

But there is some bad news…

When the same parents were asked to name the character strengths they thought were lacking on social media, forgiveness and self-control topped the bill on 24%, followed by honesty (21%), fairness (20%) and humility (18%).

A bleaker picture emerges when respondents were questioned about the negative character traits, or vices, they see on social media sites (“at least once a month”). The top vice is anger/hostility, reported by 60% of parents. It is followed by arrogance (51%); ignorance (43%); bad judgment (41%); and hatred (36%). Vanity, commonly perceived to be a major negative character trait in the “selfie” generation, was a relatively lowly ninth (30%) on the league table of social media vices.

In terms of the implications of these negative moral messages, when asked if social media hinders/undermines a young person’s character or moral development, 55% of respondents agreed – and one in 10 strongly agreed. These figures suggest that the influence of social media on young people is a genuine, and strong, concern for parents.

Interestingly, when conversely asked whether social media enhances/ supports a young person’s character or moral development, only 5% (or 91 out of 1738 parents) strongly agreed.

The poll suggests parents may need to pause and self-reflect before criticising the amount of time their children spend on social media. In fact, there is a medium-strong correlation between parents’ use of social networking sites and children’s use.

A third of parents (33%) are on social media for up to two hours a day – virtually the same as children (35%), according to the poll. Almost a fifth of adults (17%) admit using social networking sites up to four hours a day, compared with 22% of children.

At the extreme end, 6% of parents are on social networking sites for more than seven hours on a typical day. That compares with 8% of children.

Dr Blaire Morgan, co-principal investigator, said: “The Parent Poll is an opinion poll, not in-depth research. However, it will help to motivate the rest of our study into how social media use affects young people’s attitudes and behaviours with regards to moral values. We are particularly keen to gauge the impact of social media on young people’s experience of empathy and honesty.

“The project is due to report in November 2017 and we hope to produce evidence-based recommendations on social media use for parents and schools. The poll demonstrates a clear need for this research and highlights high levels of anxiety about the impact of social media networks on the character development of young people.

“There are some surprising findings in the poll, not the least the low level of agreement that social media can enhance or support a young person’s character or moral development. Whilst parents acknowledged that positive character strengths, including moral virtues such as love, courage and kindness, are promoted through social networking sites, they were reluctant to agree that these sites could have a positive impact on their child’s character.

“The Jubilee Centre’s ‘parents and media project’ seeks to explore the relationship between social media and virtues in more depth, and hopefully offer a more constructive outlook on how social media might impact on a person’s character and moral values. Social media is not going away, so by learning more about this relationship we should be able to maximise the benefits of social media use and avoid the pitfalls.”

[1] Parents’ knowledge of the age limit was not assessed so it is unclear as to whether parents knowingly allowed their children to use this site.

[2] Please note that the questions on character strengths/vices on social media were only asked to parents who used social media on a daily basis; this was 1598 parents in total.

Blaire, originally from Alsager, Cheshire, joined the Jubilee Centre for Character and Virtues at the University of Birmingham in 2012, where she works as a Research Fellow.

She says: “Working at the Jubilee Centre was a new challenge for me and I like the fact the research impacts on people’s lives and links with education. You can see real-world impact with the work of the Jubilee Centre and that is what drives me. I am able to work alongside, and learn from, other academics because of the Centre’s multi-disciplinary ethos. There are educationalists, philosophers, sociologists and psychologists.”

Blaire previously worked on the An Attitude for Gratitude project, which involved 10,000 participants and examined how gratitude is understood, experienced and valued in the UK. The methods from this project have recently been replicated in Australia, funded by a grant from the Society for Educational Studies; this replication has allowed for a cross-cultural comparison of gratitude.

The An Attitude for Gratitude project also led to the development of the Multi-Component Gratitude Measure, a world first, which allowed the Centre to test gratitude-related conceptions, behaviours, emotions and attitudes alongside one another.

Blaire is now working on one of the Centre’s second wave of projects, looking at the Influence of Parents and the Media. She is particularly interested in how virtue and values can be measured.

She said: “You cannot assess virtue by just looking at one dimension, such as emotions. You have to look at emotions, cognitions, attitudes and behaviours, and that viewpoint is what underpins our gratitude measure and what is informing this current study too.”

The project will look at the impact of social media on the moral character of young people and devise guidelines to be adopted by parents and schools in relation to the use of sites such as Facebook, Twitter and Snapchat. To find out more, or get involved, please visit our webpage www.jubileecentre.ac.uk/parentsandmedia

One thought on “The virtues and vices of social media sites”